Woo Wee. What a week. Lots of animating for me, just kidding, as always there were many many things that popped up last minute for me to fix. Whether they were technical issues with files not being referenced properly, blendshapes not displaying properly, Black Golds Bump map looks like a car ran over his face, or the ever troublesome and soul crushing render farm, there’s always more to do than I can prepare for in a week. On the bright side I am nearly done everything in scene 02. All my shots that are heavy performance moments are done and in, to a quality that can be rendered, if not to something I’m super happy with. Moving forward I just have performance moments to work on in the next week and a half before frame lock. The downside is that those moments are about 1500 frames of animation, since I had to take on an extra shot (the opening monologue) which is about 400 frames long. I’m hoping that now that many of the smaller issues have been taken care of I can just animate. But I have been saying that for weeks now. I’m confident the shots will get done, but every time I have to stop and start another task it pulls me out of it and I don’t get as much done. Out of the 50 hours I worked last week I spent about 21 of them animating, If it were a full 50 hours animating then I think I’d be a lot happier about last week.

We still haven’t had the meeting with the faculty and IT about the state of the farm, and we are currently waiting on a final decision on the day.

Some of the UI Stuff I did made it into the animatic as well.. 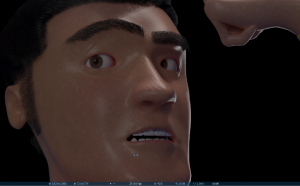 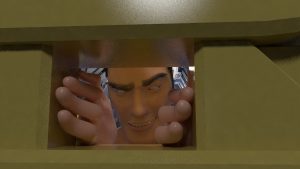 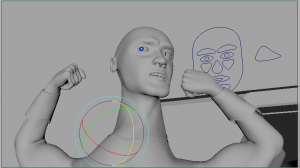 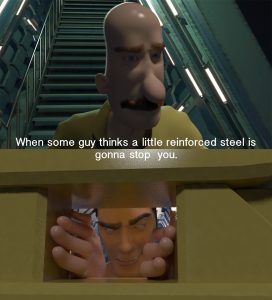 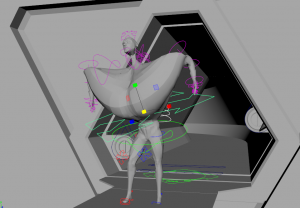 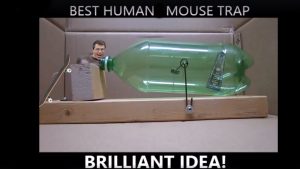